Yesterday started with a failed meringue.

END_OF_DOCUMENT_TOKEN_TO_BE_REPLACED

I keep trying to beam to my older gen as I recite it in my head like a Rosary almost, last two weeks of my life.  This is my sincere eulogy to Grandpa and a spontaneous drama senseless spazz all-in-one.

END_OF_DOCUMENT_TOKEN_TO_BE_REPLACED

I see the stars.  Dark has more territory.  Light… WINS.

END_OF_DOCUMENT_TOKEN_TO_BE_REPLACED

The cook gene skips me, but the nutty competitor beast inside sets out to conquer the demon since last year.  I am still a horrible cook by the definition nothing comes with any ease, nor flow.  It is always very nerve-wrecking.  I find working with a bunch of high-strung neurosurgeons easier.

END_OF_DOCUMENT_TOKEN_TO_BE_REPLACED

Oh before I forgot as the day is winding down… BIG Thanks to sweet Belle for a blogger hug this year (what this exactly is about, no?).

I will leave out rules and go straight to the thoughtful questions (haha but way mundane whatever goes replies my side.  It’s late yet I want to see how my mind still comes up with thoughts? or semblance of them.)

END_OF_DOCUMENT_TOKEN_TO_BE_REPLACED

Thank you Analogueblues!  HAHA in no way I’m remotely ‘sweetest, kindest, nicest, dearest, beloved, lovely, kind, pleasant, valued, cute, endearing, and welcome’/liebster but I’ll take it as you are saying ALL of that to me XDDD *muak*

END_OF_DOCUMENT_TOKEN_TO_BE_REPLACED

This is 10 years since SARS hit HK.  I happened to be there as I was about to embark on a new beginning, a new exciting job, enjoying a never before long carefree vacay back home, exactly as doom unfolded in front of my eyes, the city of the most intense ‘light pollution’ withered before my eyes in days, hours, minutes of disbelief of round the clock news of new patients stricken, new death toll, until it hit right at my family, my friends.  The City is Dying unfolded literally in days, what started out as mainland trying to shush an outbreak and sputum droplets from a single coughing patient #1 at a midgrade hotel, put the whole city into a standstill of utter devastation, where all 6 millions of us was faced with each of our own mortality.  I’ve firsthand anecdotes of unheard of heroic courage from my personal friends, more like half my highschool class, staying at the wards for weeks quarantined from friends and family, parents could only wave at them through the glass door of the ER entrance day in and day out while they were working 24/7 providing care for the victims. I spent time with my uncle on this day, March 27th, 10 years ago, I enjoyed some tea with him, and 2 days later, he was forever gone.  I myself had symptoms a week later and was quarantined, and there must be a secret file in WHO of me as I’ve traveled 3 continents that week in between, those pages of my medical charts highlighted, starred as carrier of ***SARS ***.  I left HK for an otherwise vacay of hanami in Japan on April 2nd, the day after Leslie’s suicide, depressing the whole city at wits end.  It’s hard to imagine a 20sth this close to cancelling a romantic hanami first trip with her boyfriend, but you are reading from what’s spilling out of that kind of girl. It was breathtakingly gorgeous without any hassle and effort of planning, not that I still have the mood to, but I vividly remember I felt physically, this must be what it would be like, with bloodied tears falling from the sky……as the soft petals hit me everywhere I go.  I still kept some petals from that day.  I still have all sorts of cherry blossoms everything I hauled home but never had the urge to even open, bath salts, teas, sweets, 桜の塩漬け…… I kept it all in a box of time capsule I still dare not touch.

The ennui is still hitting me, especially hard this year when all my family is visiting, yet we are missing some now residing in Heaven.

You are always in my heart.  I will always miss you.  I’m thankful through experiencing utter loss, facing life and death full on that i can’t help but give thanks and feel extremely blessed. 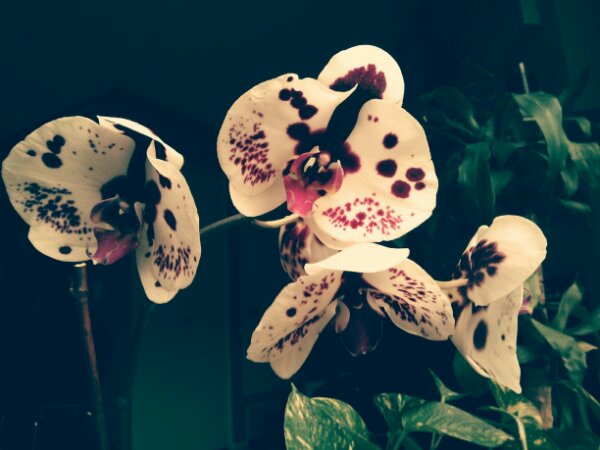 Hubs randomly got a pair of these for me a few weeks ago  My dad told me they are calling it ‘White Maiden’ this year of the Snake after the famous angsty legend of White Snake…all the blood on her hands out of her love for XuXian.  Argh.  Can’t unsee.  THANKS DADDY!